Sometimes God speaks through unlikely sources. We expect to be spoken to at Church, during quite times, at the big youth events, but on a plane, listening to Snow Patrol? Not quite so expected.

But there I was, on a plane to Nice for some Halloween sun, re-reading Rachel’s Tears and listening to Snow Patrol’s Eyes Open album, and in particular the song “It’s beginning to get to me” and was massively challenged about some stuff that I’ll cover here. But I just wanted to start with that context to point out that God speaks in many ways, and not just the ways you would expect. Heck, he even used a donkey in the Old Testament (Check it out in Numbers 22:28)

In 2nd Corinthians 5:20 Paul tells us “we are Christ’s ambassadors”. We are who people look up to to see what Christianity is like. And people are watching us all the time.

I (with a few other guys) take a Sunday School class of 1st-3rd years in my church, and some of the folk that go to it attend the same school as me. A while back we had a non-uniform day, and for a laugh some of my year decided to do a pyjama theme. The next Sunday one of the girls asked me why I hadn’t been in pyjamas. (I had worn a dressing gown as a token effort but took it off early in the day to stop feeling such an idiot…). My first thought (which is quite bad) was “You go to my school?”, but my second thought was “How on earth did you notice that?” Because my school isn’t exactly small, and with her being a first year and me being in Upper Sixth we are in different parts of the school most of the day. And it just helped it hit home that every day people are watching us. And it raises the question – what do they see? Do they see the image of Christ in us? Do they see something better than their current way of life? Are we making them wish that they were not on the outside looking in?

Because all around us, in our classes/lecture groups, in the canteen at work, on the bus, on our facebook friend list, everywhere, there are people who are desperate. People who are hurting. People who are making choices and doing things that in several years they will regret. People who are feeling empty, broken, alone, unloved or unwanted. People who have been rejected, outcast, tossed aside, excluded. People who are crying out for a better way. And the question is – do we hear them, or do their cries pass us by?

Because as I was reading Rachel’s Tears (which if you haven’t read, get a copy of it and read it now! It is the incredibly moving story of Rachel Scott who was martyred for her faith in the Columbine High School shooting) it really struck me that the reason she made such an impact in the lives of so many people was that she got down and personal with them. Offering friendship and support. And that’s what had the major impact. Not massive outreach events, but an ambassador of Christ hearing the cries of the desperate and responding. (And the Snow Patrol song, with it’s line “And it’s beginning to get to me, that I know more of the stars and the sea, than I do of what’s in your head” helped emphasis the point that there is so little we know about what so many people are really feeling)

Jesus had the ‘big event’ moments – the Sermon on the Mount, feeding the 5000, the entry to Jerusalem – yet it is in the personal encounters he has with people crying out for hope that we see lives being radically transformed.

One such encounter is Jesus and the woman caught in adultery. It’s a pretty well know passage, so you’ll probably be very familiar with it (It’s found in John 8:1-8): Woman commits adultery, angry crowd gathers to stone her to death as was the law of the time and then in to the scene walks Jesus.

Jesus stoops down and meets her on her level. He gets personal and intimate, and the conversation changes her life. And for him to do so was crossing cultural taboos of the day – the religious people offered her only condemnation – Jesus turns up, whispers hope and everything changes!

In 2nd Chronicles 4:7 Paul tells us “we now have this light shining in our heart.” And in Matthew 5:15 Jesus says “No one lights a lamp and then puts it under a basket. Instead a lamp is placed on a stand, where it gives light to everyone in the house.” We need to let the light shine out to those who are desperate for it!

We are Christ’s ambassadors, his body on earth. We need to be like him. He lay hands on those society deemed untouchable, partied with those society saw as outcasts, and got his feet washed and anointed by those society used and then discarded. He got down beside broken, messed up people and whispered hope.

And if we want to point people to Christ that’s what we need to do. We need to stoop down beside them, get on their level, take interest in what they are going through, stretch out our arms and grab the hands of those who are reaching out from their despair, whisper hope to them, show them there is a better way and gently lead them home to Christ. 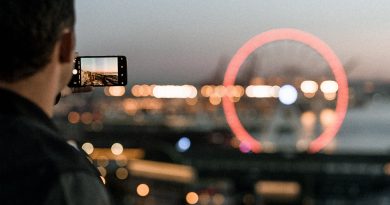