“In the beginning the Word already existed.
The Word was with God,
and the Word was God.
He existed in the beginning with God.
God created everything through him,
and nothing was created except through him.” John 1:1-3
One of my all time favourite carols is the classic Away in a manger. Theologically it may not be quite right as we have no evidence to suggest that Jesus didn’t cry, but no carol service would be the same without a rendition of it.
As a Northern Ireland football fan it is hard to sing the first verse without bursting into a chorus of “Healy, Healy” in tribute to the greatest striker to play for the Green and White Army since George Best. (For those of you who don’t follow Northern Ireland football, Healy is the reason Norn Iron won the last time we played England (1-0) and Spain (3-2, hat-trick for Healy!) – two of the best nights of my life from a football point of view). But so far at carol services this year I have managed to control that urge.
My favourite recording of it is the Casting Crowns version. At the end of it they add an extra wee refrain:
“The Lord of all creation, lays down His sweet head,                                                   The Saviour of the nation, lays down His sweet head.”
And I think that that is something we often overlook when we think of the nativity. To paraphrase the Marks and Spencer’s advert, the baby in a manger is not just the Son of God; he’s the creator of the universe. Jesus was present at creation, he played a key role in it, and yet he willingly came down to be born as a baby in a manger, to a poor family that lived in the dodgy part of Israel (which was itself a small country on the outskirts of the Roman Empire). The ultimate come-down. The ultimate act of humility.
No other king or false deity ever even claimed to do that. Allah didn’t, Buddah didn’t, Mohammed didn’t. Only the true Lord Jesus did. Only Jesus left his heavenly home, and became the least for us. No other faith offers such an amazing gift.
That Jesus was willing to humble himself so much for us is worth remembering. And worth being inspired by. Christmas means more than just the birth of the Son of God. It is about a creator who didn’t sit back, but actively took it upon himself to save the world. It is about a creator who didn’t see anything, even birth in a manger amongst animals, as below him. And it is a huge challenge to our attitudes of passivity, pride and superiority. This Christmas, remember the Lord of creation laid down his sweet head in a manger, and ask yourself “What can I do to humble myself this Christmas?”

The Santa I Never Knew 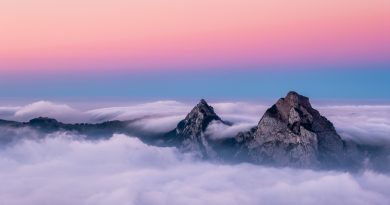 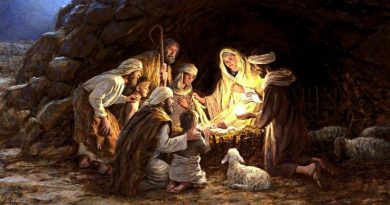