On the 20th May Queen’s University Belfast will discussing the issue of standing in solidarity with Christians facing persecution for their faith.

Zechariah 7 verse 9 “”This is what the LORD Almighty said: ‘Administer true justice; show mercy and compassion to one another.” (NIV)

Each year Open Doors publishes an annual watchlist of the 50 worst countries for persecution of Christians.
It is reported that 2983 Christians were killed for faith based reasons last year, and the number of Christians living in countries where they are deemed at high risk of persecution has risen to 260 million from 245 million a year prior.
There are currently 143 countries worldwide that have been identified as being places were Christians face persecution because of their religious beliefs. In addition to this Muslims face persecution in 140 countries, and Jews face persecution in 87 countries (This is based on 2017 Pew research data, which was the most recently published data I could access.) Religiously unaffiliated people (including atheists, agnostics and people who don’t identify with any religion) were harassed for religious reasons in 23 countries.
On the 4th February at the Queen’s University Student Council a motion was brought forward raising awareness of this, and requesting that the Student’s Union stand in solidarity with all those around the world facing persecution for their faith and calling for QUB to avoid commercial relationships with countries that were deemed by Open Doors to be amongst the 50 worst countries for religious persecution. Religious freedom is protected under Article 9 of the European Convention of Human Rights and Article 18 of the Universal Declaration of Human Rights. Unfortunately at that meeting of council the motion calling for solidarity was deferred to the next council meeting (which is happening on May 20th) as a number of councillors had objections to the motion. In particular the current SU Vice-President of Equality was concerned it could impact on the Student Union’s solidarity with Palestine if they became a country that persecuted Christians. The current Vice-President Welfare and the incoming Student’s Union president-elect also raised concerns that as a Christian organisation Open Doors would be a biased source for compiling the Watchlist, and that the countries on the list “read like a CIA hit-list” of countries that the American government would be opposed to.

The Open Doors Watchlist is independently audited by the international Institute for Religious Freedom to ensure the data is transparent, reliable and free from bias. The Students Union has recently shown solidarity for non-Hindu Indians facing persecution by the Modi government, and has policies calling for the protection from discrimination and persecution for minority groups such as the LQBTQ community, ethnic minorities and the people of Palestine but as of the last meeting of council was unwilling to stand in solidarity with Christians who are being persecuted and killed for their faith. It is hoped this will be rectified at the May 20th meeting of council when the matter will be debated again. It is however sadly noted that the QUBSU council has a poor recent track record of taking the concerns and views of Christians seriously when it comes to considering policy issues, preferring to take a left-leaning view of equality that considers everyone as deserving of tolerance yet is intolerant of the Christian faith.

Further details:
2983 Christians were killed for faith based reasons last year, 9,488 churches were attacked (a 500% rise from the year before) and the number of Christians living in countries where they are deemed at high risk of persecution has risen to 260 million from 245 million a year prior. While the data gathered by Open Doors to compile this list focuses on Christian persecution it should be noted that often the persecution of Christians goes hand-in-hand with persecution of other religious groups, and that countries with a poor record on respecting religious freedom tend to also deny their citizens other basic human rights as well. Angela Merkel has described Christianity as the world’s most persecuted religion and in his recent report for the UK government Bishop Mounstephen has found persecution of Christians to be facing near genocide levels in parts of the middle-east. Former UK foreign secretary Jeremy Hunt has stated that Christians are the “most persecuted religious group in modern times”.

We cannot sit by while people across the world are facing harassment, persecution and death because of their faith views – we must take an active role as defenders of their human rights. We recognise that though we may not necessarily share in their religious beliefs, we do share in their humanity 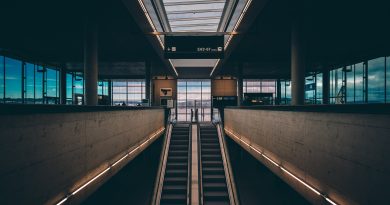 I'm on the edge