“There will come forth a shoot from the stump of Jesse, and a branch from his roots shall bear fruit. And the Spirit of the LORD shall rest upon him, the Spirit of wisdom and understanding, the Spirit of counsel and might, the Spirit of knowledge and the fear of the LORD. And his delight shall be in the fear of the LORD. He shall not judge by what his eyes see, or decide disputes by what his ear hear, but with righteousness he shall judge the poor and decide with equity for the meek of the earth; and he shall strike the earth with the rod of his mouth, and with the breath of his lips he shall kill the wicked. Righteousness shall be the belt of his waist, and faithfulness the belt of his loins” Isaiah 11:1-5
Isaiah, writing in an era of defeat, exile and turmoil for the Israelites who had turned their back on God’s ways, prophesied of the Messiah who was to come to people of Israel. He was to be a righteous branch from the stump of Jesse. Jesse was the father of King David, the greatest king Israel had known. But now the kingdom was divided into two. Israel had fallen mightily from the position of power it enjoy under King David. A series of sinful kings had led the people astray. But there was a remnant that remained faithful, that longed for God’s promised Messiah to restore David’s line.
And when we read the first chapter of Matthew’s Gospel, where he lists the usually skipped over genealogy of Jesus we see there in Matthew 1 verse 6 “and Jesse the father of David the King”. By the time Matthew was writing this the time of the kings of Israel was long over. Now the Israelites were ruled by Roman governors. But Matthew was making a very clear point. By highlighting Jesus’ link to Jesse he was showing that Jesus was the Messiah who Isaiah had prophesied about hundreds of years previously. Jesus was the righteous branch, the one come from the long fallen stump of Jesse to establish a new Kingdom. A kingdom of righteousness and faithfulness. A kingdom where the poor and meek are not trodden over but treated with equity. a kingdom of wisdom and understanding. A kingdom founded not on the basis of fear of man, but fear of the LORD (fear not meaning being scared of God but having reverence, awe and respect for Him). Jesus is the righteous branch who came to establish God’s eternal kingdom on earth as it is in heaven. At Christmas we celebrate that He humbled himself, leaving the throne of heaven to come to the earth He created, and humbled himself further, to death on a cross in our place. Dying He gave us eternal life by being the one complete and all sufficient sacrifice for our sins. And by raising to life He proved the power of death was broken and a new Kingdom had begun – the kingdom of the righteous branch from the stump of Jesse. The Kingdom we are all invited to be part of. If you have not yet joined the Kingdom then this Christmas we urge you to come and discover the greatest gift of all – God come to reach out to us so we may be restored to relationship with Him.

From the Start (Advent Day 2) 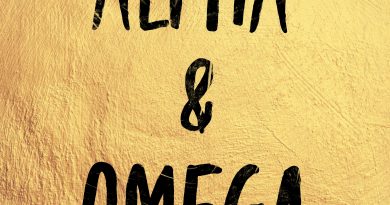