Jesus tells this parable about a shepherd who has 100 sheep, but has lost one (Matthew 18:12-14). Rather than being content with the 99 he leaves them in the safety of the sheep-pen and goes out to search for the one missing sheep. High and low he searches until eventually he finds that stray sheep who had wandered off. And when he brings the sheep home he throws a huge party, invites all his shepherd friends along and celebrates that the sheep that was lost is now found.
And I think that shows something powerful about the heart of God. You see most of us would probably figure it isn’t worth the effort. We have 99 sheep. Searching for one lost sheep means going out into the dangerous territory where there could have been bears and lions, steep hills to climb, deep valleys to search.  Much easier to just settle with the 99 that are there.
But God cares about the one. He cared about us before we knew Him. And He wants us to care about the ones around us. It is easy to gather in church with the 99. But God wants us to go out to look for the one and get them into the party of the Kingdom too, because we are to follow in the example of our Shepherd, who left the comfort of heaven to come to the mess of a stable. We are to follow the example of our shepherd who faced the struggles and trials of life on earth and died on a cross to bring us home.
Sometimes we can lose the focus on the one. We get caught up in grand schemes and big plans, and while those are good we need to remember not to neglect the one. It means not being discouraged when we don’t see huge results. The shepherd went out and spent considerable time just to find one sheep. If I write an article and just one person reads it and is challenged by it that is a win. If I share a quick thought on Instagram and it encourages just a couple of people then that is a win. It is all about the one. Even if no-one reads it but God spoke to me through it then maybe I was the one that time.
We aren’t doing this to attract a big following, but to win back the one lost sheep at a time for Jesus. That is the mind-set we must have.  Not chasing the big crowd but faithfully going after the one, again and again until all the lost sheep have been found. It is time to leave our safe sheep-pen huddles and go searching for the lost sheep God has called us to bring home to the Kingdom. 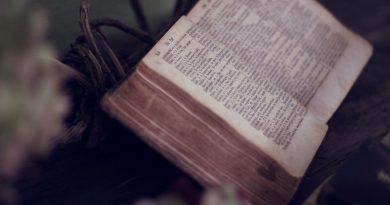 Make the most of Now