“That very day two of them were going to a village named Emmaus, about seven miles from Jerusalem, and they were talking with each other about these things that had happened. While they were talking and discussing together Jesus himself drew near and went with them. But their eyes were kept from recognising him…. And beginning with Moses and all the Prophets, he interpreted to them in all the Scriptures the things concerning himself.” Luke 24:13-16, 27

On the same day that Jesus rose from the grave two of His followers were walking to Emmaus. It was a seven mile journey from Jerusalem, a walk that would have likely taken around two and a half hours. And somewhere along this journey they get joined by what seems to them to be a random stranger, but who we know is the risen Jesus. As they walk Jesus unpacks to them the entirety of the Scriptures, showing them how right the way through it all pointed to Him, explaining how everything that had happened over the past week with the triumphant entry into Jerusalem, the cleansing of the Temple, His betrayal, and ultimately His death had all been foretold.

You see, at this point, these followers had thought it was all over. They thought they had got it wrong. They thought they had backed the wrong horse. They had hoped Jesus was going to overthrow the Romans with military might, they expected He was going to usher in a new era of independence for Israel. And on Good Friday it had seemed that their hopes had been crushed. But they hadn’t fully understood either the prophecies in scripture, nor the teachings of Jesus during their time with Him before His crucifixion.

And now they find themselves in the most amazing of bible studies. They are getting an intimate small group exegesis of the entire Scriptures, led by the Word made flesh. How amazing would it have been to be in on that Bible study? And the thing that strikes me is at that point, none of what we now call the New Testament had been written. All that Jesus took them through is what we now call the Old Testament. Often we can overlook the Old Testament in our own quiet times. We find the Gospels and the letters of Paul easier to understand, easier to digest, easier to pull our nuggets of application for our own life. And yet Jesus valued the texts of the Old Testament, for they all point to Him. His coming was promised from the very start of Genesis. Again and again in the narrative of the people of Israel there are pointers to the need for a saviour, pointers to the hope of a promised redeemer. The prophets foretold of the salvation He would bring. The psalmists wrote songs of praise looking forward to His coming. And step by step on the walk to Emmaus Jesus slowly unpacked the entire story of scripture, showing how it points to Him, showing how it made it clear that the Christ would have to suffer and die, showing how He had fulfilled the entirety of the law and the prophets.

We must learn from this greatest of all Bible studies. We must learn to value all of Scripture. We must not just stick to the “easy” bits. We must not stick to the comfortable few verses. We must be prepared to study all of Scripture, for all Scripture is inspired by God, and it all points us to Jesus. It all helps us know Jesus more fully and it all helps us grow in our relationship with God. We must also be prepared to spend time with the Bible. It is not clear when exactly on their seven mile journey Jesus joined the two followers, but it is likely they were together discussing the Scriptures for quite some time. We must not rush our time in God’s word. We must be prepared to go slow, to mull it over and to let the Holy Spirit reveal how it all points to Jesus. 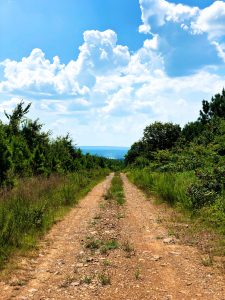 No risks in Judea

Back to the Source