Over the summer I worked at a Christian camp in Albany, New York. And one of the weeks I helped run an activity called Chill time with God, where campers could sign up to come for an hour each morning to talk more about God, learn more about the Bible, sing some praise to our Creator, pray, and get answers to some of the questions on their mind relating to issues to faith. It was a pretty cool time getting to go deeper in a small, intimate setting (we had 3 campers sign up, and most days had at least 4 staff. It was however better than the week before when no campers signed up…)
One day one of the girls who had signed up came up to me as we were getting into our activity groups and said she had found a verse at the front of her Bible that she liked and she thought I would too based on some of the stuff I’d shared earlier in the week during Chill time with God. So I had a look at it. The verse was 2 Corinthians 4:18 “So we don’t look at the troubles we can see now; rather, we fix our gaze on things that cannot be seen. For the things we see now will soon be gone, but the things we cannot see will last forever.”
It’s a pretty class verse, one I was somewhat familiar with and liked. And I thought I may have it highlighted in my Bible. [SIDENOTE – highlighting or underlining verses in your Bible is a great way to mark out verses that particularly speak to you and make it easier to find them again when you are looking for them. I recommend getting a highlighter pen with a narrow tip to make it easier to highlight single verses, and then leave it clipped to the front of your Bible so it’s always there when needed.] So I told her I’d check when we got to the room we were using for Chill time with God to see if I did already have it highlighted.
When we got there I needed to go to the toilet, so left to do that before we got started chilling with God. And as I walked into the cubicle I happened to notice a page stuck to the wall behind the toilet. Which happened to have a Bible verse on it. Which happened to be 2 Corinthians 4:18.                                                                                                                                                   So once I had done what needed to be done I came out and grabbed my Bible. And sure enough I had 2 Corinthians 4:18 highlighted.
At this point some of you may be thinking I’m making this up. But there are several people who can verify that it happened just like that. Or you may be thinking it was a pretty neat coincidence. But the thing is, when we follow a sovereign, all powerful, all knowing, totally in control God, there is no such thing as coincidence.
John Piper puts it like this:
“In the end, one must finally come to see that if there is a God in heaven, there is no such thing as mere coincidence, not even in the smallest affairs of life: “The lot is cast into the lap, but its every decision is from the Lord” (Proverbs 16:33, ESV). Not one sparrow “will fall to the ground without your Father’s will” (Matthew 10:29, RSV).” {John Piper, Desiring God, 2003, Inter-Varsity Press)
If you accept the Bible as true then we must face up to the fact that there are no coincidences with God. Which therefore means something else – things happen for a reason.
Sometimes the reason will be very clear and other times it may take time before we figure out what God’s purpose was in allowing a certain series of things to occur. But there will always be a reason.
There could be something he wants to teach us. It could be to bring us into contact with someone who we can help, or who may one day help us. It could be to open a door for us, or to stop us going down a path that would harm us physically or spiritually. It could be something else entirely. But there will always be a reason.
In my 2 Corinthians 4:18 example it was clear to us that the reason for that Godincidence (a word I am using in place of coincidence given that we know what appears to be a coincidence is in fact under the control of our sovereign God) was to get our attention and get us to look at and talk about that verse that morning. So we promptly did so. And if there is stuff that is happening in your life that seems like a Godincidence I would urge you to try and think what the reason for it could be, and then act on that in whatever way you can. Because there will always be a reason. 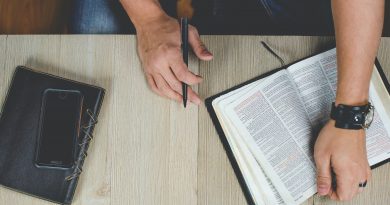