. It tells the story of the experience of his son Colton who, when only four years old suffered a serious illness and required surgery. During the surgery he lost consciousness and over the following years subsequently manner of factly shared details with his parents about how he was taken to heaven in that moment. Todd is a pastor and he matches up what Colton is telling him with what the bible says about heaven to conclude that Carlton did indeed spend time in heaven before regaining consciousness.
Not only does Colton share glimpses of heaven (including angels singing songs for him but refusing to play We will rock you…) he also tells his parents about family members he met there, including his unborn sister who died due to a miscarriage that he had not been told about. While obviously you have to believe his parents that he had no previous knowledge of this sister it does make a pretty powerful argument that what happened was indeed real.
This is one of those books that require a certain degree of faith – people can easily dismiss it as Colton having a good imagination based on what he has heard from his parents about the Bible. At the end of the day this book probably isn’t going to convince cynics that heaven is indeed for real. But if you read it with an open mind it does offer some good teaching about faith, and it certainly got me very excited about going to heaven. As well as being an inspiring story that gives us a reminder of the destination we are headed to if we are trusting Jesus Todd adds some great insight about trusting God through the hardship of Colton’s illness – this would be a great book to share with anyone who is struggling with either a personal illness or the illness of a friend/relative.
The book is slightly slow to start with a lot of background details given about Colton’s illness and how it developed before you get to the heaven part of the story. But it is very well told and is very engaging – I started reading it one Friday night after hearing people talk about it, and by the next morning I had finished it – it is one of those books that if you get into it you won’t be able to stop reading. However it won’t be for everyone. It does have an inevitable American mass-market slant to it which will put some people off. You probably won’t learn anything new from this book. But it can be refreshing to look at the idea of heaven through a child’s eyes (Jesus does have something positive to say about child-like faith…) and as long as you aren’t expecting this to be a definitive theological masterpiece it is an enjoyable, inspiring true story that offers a good reminder that death does not mean the end when we have faith in Jesus. Once you’ve read it, expect to want to tell others about it.
[HTML1]
Disclosure of Material Connection: I received this book free from the publisher through the BookSneeze®.com program. The opinions I have expressed are my own. I am disclosing this in accordance with the Federal Trade Commission’s 16 CFR, Part 255. I had already read and enjoyed the book prior to receiving a copy. 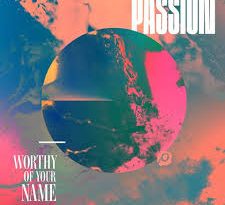 The Remission Flow – The Light that Flows Review