“You killed the author of life, but God raised him from the dead …God was fulfilling what all the prophets had foretold about the Messiah—that he must suffer these things.  Now repent of your sins and turn to God, so that your sins may be wiped away.” Acts 3:15, 18-19
In the beginning was nothing. And God spoke the world into existence through His Son, the Word who created everything there is. The earth was formed and life was breathed into mankind. Man and God lived in harmony. But then it all went disastrously wrong. We chose to rebel against God, ignoring His commands. With one bite the curse of sin began and death entered the world. And the cycle has been on constant repeat. Again and again each and every one of us ignores God’s commands and does what He asks us not to. We sin again and again and again, every day. Our sin breaks the connection mankind once had with God. It cuts us off from eternal life.
There was a temporary solution. People could sacrifice animals in order to make up for their sin. But it was a never ending problem. More sacrifices needed made all the time. It was never enough. But right from the start God had had a better plan in mind. The animal sacrifices were simply foreshadowing what was to come. From that very first moment in the garden God had promised a serpent crusher was coming, a sin defeater was on the way. And about 2000 years ago in Bethlehem the long awaited one arrived. In a lowly manger the Son of God laid down His head, born as a baby into the world He had created. As an adult He began sharing a message of God’s love to those around Him, bringing healing and forgiveness to the needy and upsetting the religious authorities in the process. And so it was that without realising it they carried out God’s plan. The sinless, spotless, righteous one was hung upon a cross and as He died the wrath of God was satisfied, once and for all. The price of sin was paid in full, so that all who trust in Jesus as their saviour could be forgiven and have eternal life.
But the story doesn’t end with a dead Messiah on a cross. He was laid in a tomb and on the third day God raised Him triumphantly to life. Death had been destroyed. The power of sin was broken. The gates of Heaven had been flung open wide to all who trusted in Him. So now the choice is yours. Jesus paid the price so we don’t have to. But we have to accept that. We have to repent of our sins and turn to God, and then our sins will be wiped away and we can be restored to the perfect relationship with God He always intended us to have. If you have never made that decision please consider letting today be the day you do! 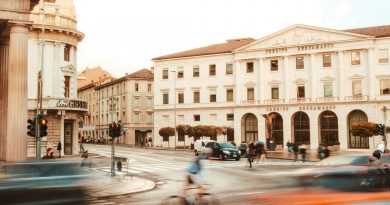