A couple of years ago the David crowder band went their separate ways with a final album. Some of the band later became The Digital Age. Now lead singer David Crowder is back with his solo project, dropping the David to be known as just Crowder, and releasing his new album Neon Steeple on the 27th May.
David Crowder was known for several things – the beard, folk revival music and funky digital bits in his music. All of these are present on his solo album, especially the digital side of things. There is a trend in music at the moment to have lots of beats on songs, and if that is what you like you will particularly enjoy this album of cracking worship songs, many of which have a great beat and to which you could very easily work out.
There is a real invitational theme to this album. While it is a full on worship album that really glorifies God, several songs in the middle (Come alive, Lift your head weary sinner, Come as you are and Jesus is calling) gives a clear gospel message and invites listneres to respond, a feature not really seen that much in worship albums. While these songs are good in their own right this is an album that benefits from being listened to as a whole album to get the full message.
There are some full on celebratory party songs such as Ain’t no grave, and the more stripped back songs such as Here’s my heart and My beloved with the more folk revival sound.
Personal highlights include This I know (which has hints of The Lumineers to it), Hands of love which includes a raved up chorus of “He’s got the whole world in His hands” and the more stripped back prayerful Here’s my heart. But really this is an album which is all good, and I highly recommend, especially if you like worship songs to hit the gym with. 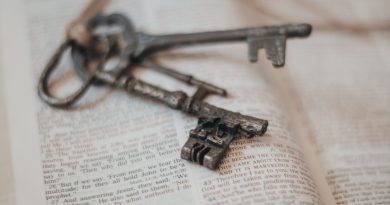