Often the problem is us. As Ghandi once said ‘I like your Christ, I do not like your Christians. Your Christians are so unlike your Christ.’ Often it is how we get on that puts people off the idea of Christianity. In 2 Corinthians 5:20 Paul tells us that “We are Christ’s ambassadors”. We represent Him to the world around us. And sadly often how we represent Jesus doesn’t line up too well with how Jesus taught us to live.
He called us to love our neighbour unconditionally, but we put all sorts of conditions on who we love. He told us to judge not, lest we be judged but we have become experts in judging others. He called us to be known for how we love our enemies, but we have become known for our hate and opposition to those deemed guilty of unacceptable sins. He told us to lay up treasure in heaven not on earth but our church carparks tell of the treasure we have amassed on earth. He told us that blessed are the peacemakers yet we make so much war and dispute in the name of God. He taught us to turn the other cheek but we seek our revenge.
Now please don’t get me wrong here. I am not saying to be a Christian we have to do all sorts of deeds and acts. We are saved only by grace alone through faith alone. But faith that saves is never alone. We are saved and called by God to the work of spreading His kingdom on earth as in heaven. We have not been saved to just sit around waiting for heaven. Church is not meant to be a cruise ship for the saints as we wait for eternity. The church is meant to be a lifeboat going out rescuing those who are drowning. And drowning people don’t need to know the Hebrew word for drowning, they need a lifejacket. Often we can get bogged down in deep theological debate between churches over secondary issues when what the world needs (and what God desires) is that we live out the grace He has first shown us.
We are not meant to be mere spectators. We are called to be active participants. Each and every one of us has a role to play in advancing the Kingdom. We cannot afford to leave it to somebody else. We need to step out of our comfort zones. We need to get active in being the ambassadors of Christ we have been called to be. There is a drowning world waiting for us. Let’s get living the grace He first showed us! 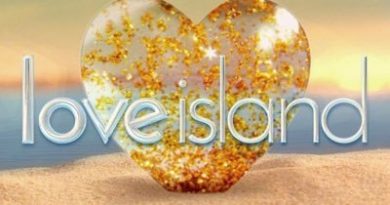